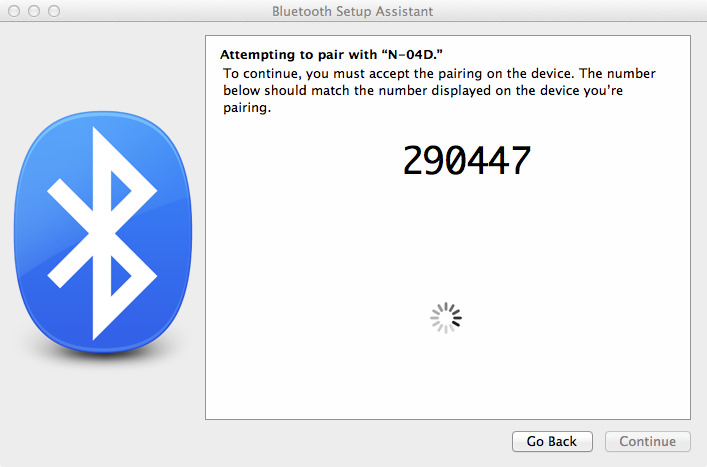 A large number of device makers is patching a serious vulnerability in the Bluetooth specification that allows attackers to intercept and tamper with data exchanged wirelessly. People who use Bluetooth to connect smartphones, computers, or other security-sensitive devices should make sure they install a fix as soon as possible.

The attack, which was disclosed in a research paper published Wednesday, is serious because it allows people to perform a man-in-the-middle attack on the connection between vulnerable devices. From there, attackers can view any exchanged data, which might include contacts stored on a device, passwords typed on a keyboard, or sensitive information used by medical, point-of-sale, or automotive equipment. Attackers could also forge keystrokes on a Bluetooth keyboard to open up a command window or malicious website in an outright compromise of the connected phone or computer.

Bluetooth combines Simple Secure Pairing or LE Secure Connections with principles of elliptic curve mathematics to allow devices that have never connected before to securely establish a secret key needed for encrypted communications. The attack uses a newly developed variant of what cryptographers call an invalid curve attack to exploit a major shortcoming in the Bluetooth protocol that remained unknown for more than a decade. As a result, attackers can force the devices to use a known encryption key that allows the monitoring and modifying of data wirelessly passing between them.

“This attack lets an attacker who can read and modify Bluetooth traffic during pairing force the key to be something they know,” JP Smith, a security engineer and Bluetooth security expert at security firm Trail of Bits, told Ars. “It’s not mathematically/theoretically novel at all, and it’s in fact about the simplest attack you can do on elliptic curve cryptosystems. Notably, this is a protocol-level fault, so if you implemented the Bluetooth spec out of the book (without some optional validation), you have this bug.”

The active man-in-the-middle attack that allows data to be modified works successfully on 50 percent of the pairings, with the remainder failing. A related passive attack works on 25 percent of the pairings. Attackers who don’t succeed on the first attempt are free to try on later pairings. Attacks work even when pairings require the user to type a six-digit number displayed on one device into the other one. Attacks require specialized hardware that probably wouldn’t be hard for more advanced hackers to build or obtain.

In the paper, researchers from Technion–Israel Institute of Technology write:

We would like to point out two major design flaws that make our attack possible. The first design flaw is sending both the x-coordinate and the y-coordinate during the public key exchange. This is unnecessary and highly inadvisable, since it greatly increases the attack surface, while calculating the y-coordinate from a given x-coordinate is simple.

The second major flaw is that although both coordinates of the public keys are sent during the second phase of the pairing, the protocol authenticates only the x-coordinate. We are not aware of any reason why the designers decided to leave the y-coordinate unauthenticated, other than for saving a tiny computational effort. Even though the point validity should be checked by the implementation, our attack could have also been avoided if both coordinates were authenticated.

Another less significant flaw is that in the protocol designers state that “To protect a device’s private key, a device should implement a method to prevent an attacker from retrieving useful information about the device’s private key using invalid public keys. For this purpose, a device can use one of the following methods.” In this quote, the specification uses the term “should” (as opposed to “must”). Therefore, implementors may skip the instruction as it is not mandatory for compliance with the specification.

A variety of devices and software—including those running macOS, iOS, or Android or made by LG or Huawei—have already received patches. In a FAQ, the researchers said Bluetooth from Microsoft “implements an old version of the standard, which is even less secure, rather than the broken contemporary standard.” An advisory from CERT is here.

For attacks to be successful, both of the paired devices must be vulnerable. That means as long as either one is patched, users aren’t susceptible. People who use Bluetooth to transmit sensitive data or control trusted devices should ensure they have installed patches on at least one of them. While patches are available for many mainstream devices, there are likely many more specialized ones used in hospitals, stores, and other environments that will remain unprotected for the foreseeable future. Users of these devices should check with manufacturers.