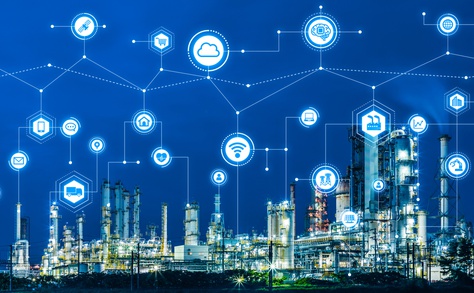 Microsoft has announced that its Azure IoT edge solution has entered general availability, allowing the company’s enterprise customers to bring their edge solutions to production.

It allows organisations to run their IoT solutions at scale in both online and offline environments.

With general availability, the company is introducing new capabilities for the IoT edge platform designed to allow customers to more easily develop and deploy intelligence to the edge.

In a blog post, Microsoft Azure IoT director Sam George says the IoT edge solution has picked up a wide range of interest since being introduced.

“Since we introduced Azure IoT Edge just over a year ago, we have seen many examples of the real-world impact from the factory floor to the farm to run cloud intelligence directly on IoT devices,” George says.

“Now, devices can act immediately on real-time data, whether it be recognising a crack in a pipe from an aerial view or predicting equipment failure before it happens. As we evolve toward a world of ubiquitous computing, the design of the IoT solution spanning hardware, edge and cloud must be consistent and secure to drive real impact.”

Microsoft is introducing a number of new features to the IoT edge platform with GA, namely around open sourcing, security and developer experience.

As of today, the IoT edge platform is open sourced and available on GitHub, which Microsoft says will allow greater developer flexibility and control of their edge solutions.

The platform will also support the Moby container management system, which is the open-source platform that Docker is built on.

Microsoft says this support will allow them to extend the concepts of containerization, isolation and management from the cloud to devices at the edge, with Moby containers also working on Docker-based systems.

Microsoft is also expanding the Azure Certified for IoT program to certify core edge functionalities such as device management and security, effectively providing an ecosystem of certified hardware and software for the edge.

Microsoft has added three major features to the IoT Edge platform designed to bolster the security of the platform.

Firstly, the company has added deep integration with Device Provisioning Service for zero-touch provisioning so that devices can simply be provisioned in the field with no operator intervention, allowing customers to securely provision tens of thousands of devices.

Second, Microsoft has added a security manager which acts as a well-bounded security core for protecting IoT edge devices – and all of its components – by abstracting the secure silicon hardware.

Microsoft says it is the focal point for security hardening and provides Original Device Manufacturers (OEM) the opportunity to harden their devices based on their choice of Hardware Secure Modules (HSM).

Lastly, an automatic device management service has been added, which is designed to allow scaled deployment of IoT Edge modules to a fleet of devices based on device metadata.

This includes broadening the language support for module SDKs, with Azure IoT Edge now supporting C#, C, Node.js, Python, and Java so developers can program edge modules in the language of their choice.

It has also added tooling for VSCode, allowing developers to simplify module development by coding, testing, debugging and deploying all from VSCode.

All of this is now possible in VSTS using tools that – according to Microsoft – will already be familiar to developers.

The Azure IoT Edge runtime is free and will be available as open source code, however, customers will need an Azure IoT Hub instance for edge device management and deployment if they are not using one for their IoT solution already.