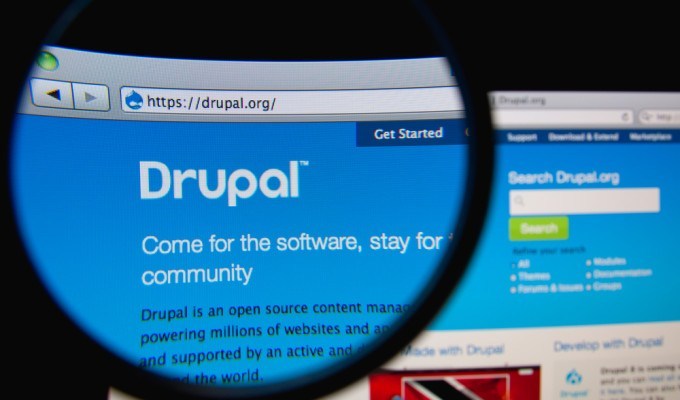 Security expert found a “highly critical” vulnerability (CVE-2019-6340) in the popular Drupal CMS that could be exploited for remote code execution.

Drupal released security updates that addresses a “highly critical” vulnerability in the popular Drupal CMS, tracked as CVE-2019-6340, that could be exploited for remote code execution.

The CVE-2019-6340 flaw is caused by the lack of proper data sanitization in some field types, an attacker could exploit the flaw to execute arbitrary PHP code.

“Some field types do not properly sanitize data from non-form sources. This can lead to arbitrary PHP code execution in some cases.” reads the security advisory published by Drupal.

The flaw was discovered by Samuel Mortenson of the Drupal Security Team.

Drupal released Drupal 8.6.10 and 8.5.11 to address the vulnerability. Drupal 7 does not need to be updated, but experts pointed out that there are some updates for Drupal 7 contributed modules that should be installed.

“To immediately mitigate the vulnerability, you can disable all web services modules, or configure your web server(s) to not allow PUT/PATCH/POST requests to web services resources,” continues the advisory.

“Note that web services resources may be available on multiple paths depending on the configuration of your server(s). For Drupal 7, resources are for example typically available via paths (clean URLs) and via arguments to the ‘q’ query argument. For Drupal 8, paths may still function when prefixed with index.php/.”

Drupal users must install the updates as soon as possible.