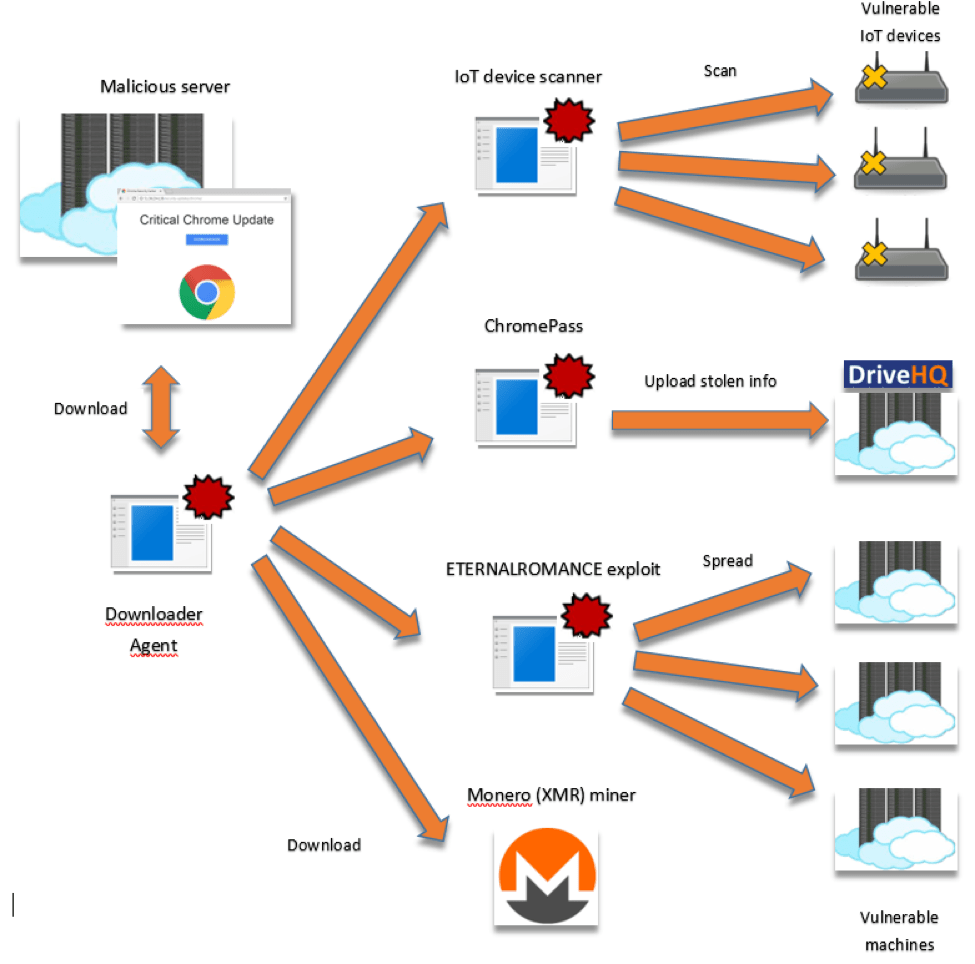 PyRoMineIoT is quite similar to another crypto-currency miner dubbed PyRoMine that was first spotted a few weeks ago, its infections rapidly increased since April, most of them in Singapore, India, Taiwan, Côte d’Ivoire, and Australia.

According to Fortinet, the older miner was improved with some obfuscation, the latest variant PyRoMine is hosted on the same IP address 212[.]83.190[.]122, and both variants leverage the EternalRomance implementation found on the Exploit Database website.

PyRoMineIoT is delivered from a website disguised as security updates for web browsers.

Once the PyRoMineIoT malware has compromised a device, it will download an obfuscated VBScript that has the same functionality as the one used by the PyRoMine variant, but its code appears well organized.

The VBScript also downloads other components, including a Monero miner (XMRig), but differently from previous variant it uses ransom names for the files.

Both variants sets up a Default account with the password [email protected] and adds the account to the local groups “Administrators,” “Remote Desktop Users,” and “Users,” then it enables RDP and adds a firewall rule to allow traffic on port 3389.

Once compromised a device, PyRoMineIoT attempts to remove PyRoMine variant if present.

The analysis of one of the pool addresses used by the threat actors behind the malware revealed it earned around 5 Monero (about $850).

The victim downloads a fake update as .zip archives containing a downloader written in C# that fetches the miner file, a Python-based malware that leverages EternalRomance to spread the downloader, and other malicious components.

The EternalRomance implementation collects the IPs of local subnets and targets them to spread using credentials with username ‘aa’ and an empty password.

Another component used by the malware is the legitimate software ChromePass that allows seeing credentials from Chrome.

Once the credentials are collected by the malware, it saves them in XML format and uploads the file to an account on DriveHQ’s cloud storage service.