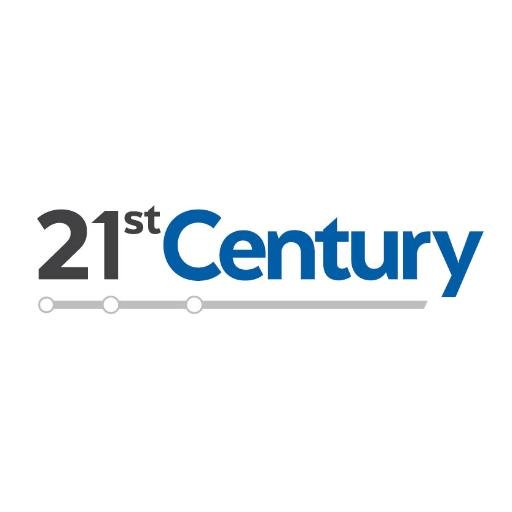 In the 21st century, it is almost impossible to even imagine life without technology. Everything from mobile phones to cars everything has embedded systems and computers installed in it which allows the devices to function smartly and fast. These computers are often misunderstood as “smart” whereas the truth is these computers a re very dumb as they just follow a set of instructions. These instructions often have few bugs in them which are consequently exploited. These exploitation leads to instability and huge losses to people. In a world where everything is on the internet, Cybercrime is very common.

In this paper, individuals will be informed about one of the most sophisticated cyber-attacks of all time, Pegasus. Individual will also become aware about several topics like Malware, its types and many more.

Malware is an abbreviation of the term malicious software. Malware is a software or code that is designed and aimed to seize and harm devices. Malware cannot harm the hardware of a device. It can encrypt, modify and delete the device data. It can also spy on the device activity without permission.[1]

Spyware, as mentioned above, is a malicious software application or a type malware that is responsible for collecting information about an individual (sometimes an organization) without their consent. This information is then shared with other individuals or parties in order to earn some profit. Pegasus and Chrysaor are a few recent examples of a spyware that can hack any iOS and Android device respectively and steal all of its data.

3.1. History of Pegasus And Chrysaor

Pegasus was first discovered by Ahmed Mansoor, a human rights activist in the UAE on 10 August 2016. Mansoor received a link as SMS text message on his iPhone which was “supposed” to redirect him to a page that would provide him with the information about individual torture in UAE jails. Mansoor instead of clicking on the link sent it to Citizen Lab, an organization based at the University of Toronto.

Citizen Lab collaborating with Lookout produced evidence-based research. The researchers detected that the link had a malicious code embedded into it which would have compromised Mansoor’s data on his iPhone.

After a few days, Lookout identified the malware as a spyware named Pegasus which was a surveillance software produced by the Israel-based NSO Group, which sells it to government for investigating crime and terrorism.

Also, in 2018, an Amnesty International staff member received a suspicious WhatsApp message that included a link that, if clicked, would have installed Pegasus on the employee’s mobile device.

Recently, in May of 2019, Pegasus was being installed on around 1400 mobile devices across the globe. 20 of these mobile phones belonged to famous politicians, lawyers and human rights activists of India like Anand Teltumbde and Nihalsing Rathod. Pegasus, in this case was installed by using WhatsApp an application that has around 1.5 billion active users around the globe making it the most popular mobile messaging app.

3.2. Working of Pegasus And Chrysaor

According to NSO, Pegasus spyware is being installed onto devices by carriers(vectors) classified in two types namely one-click vector and zero click vector. The two vectors are explained below :-

Just like in the case of a phishing attack, the attacker disguised as a trustworthy source sends a website URL via text message, email or on social media like WhatsApp. In general, this link would open a malicious website called Anonymizer which is responsible for communicating with operator’s servers.

The server then scans the victim’s device and checks whether Pegasus could run its malicious code for that particular model. If for any reason Pegasus isn’t able to run the code then the link redirects to an actual website in order to avoid raising suspicions.

In case of iOS devices like iPhone, when the victim clicks on the link then the malware secretly carries out a zero-day exploit. It’s very difficult for the user to identify whether his/her device has been compromised as they cannot tell whether something has occurred or not, in some cases just after clicking the link the browser closes.

It refers to the bugs present on a software that no one even the creator is aware of. These bugs are very hard to track and hence if an attacker exploits these bugs then it could be dreadful. This kind of exploit is called zero-day exploits.

These exploits subsequently result in jailbreaking it remotely so that Pegasus could be installed which allows Pegasus to access control servers and hence execute the operator’s commands. After Pegasus is installed it doesn’t install the malicious versions of all the applications present in the mobile, instead it compromises all the apps that were already present in the mobile and capture all of its data. Pegasus contains a malicious code which spies on everything that the user does on his/her device.

In IOS if Pegasus fails to implement the zero-day exploits and hence fails to jailbreak the system then the attack would fail. In case of Android devices, Chrysaor doesn’t require any zero-day vulnerabilities to jailbreak and hence install the malware, this is the main difference between Chrysaor on Android and Pegasus on IOS. Here it uses another technique called Framaroot.

It is a rooting technique that allows the user to easily root its device with a click and also unroot it easily. In case of Android devices if the process of rooting doesn’t work then, Chrysaor would still ask for permission to access and withdraw data. If at any given instance Chrysaor finds itself in danger of getting exploited then it has the ability to delete and remove itself, hence leaving no trace behind. It has been successful to hide itself for three years. Majority of Android mobiles are out of danger as Chrysaor wasn’t distributed at such a large scale.

This process was carried out to install spyware on a user’s device via WhatsApp.This is worse than one-click vector as in this case the user doesn’t even have to click or open the link sent by

an attacker. One click function often uses push messages which automatically loads links without the user even clicking on it.

In the case of WhatsApp, the attacker exploited a bug in its call function. This allowed the attacker to send data packets containing spyware code via a phone call to the target by simply using his/her phone number. In this case, the Pegasus was being installed on the victim’s device by simply receiving an incoming call. Pegasus was being installed in the device even if the call was unattended. This incoming call carried data packets along with the spyware code which immediately opened a small backdoor for its installation while the phone rang. There are many kinds of spyware code for instance, spyware code called Ganges is responsible for installing Pegasus on a device using networks like Hathways, Bharti Airtel, MTNL and spyware code called Pricklypear is used to install Pegasus in devices in US.

3.3. Fixing of Pegasus And Chrysaor

After the failed attempt of hacking Ahmed Mansoor’s mobile, Apple only after 10 days came with an update to its IOS version 9.3.5 in which the zero-day bug was been fixed and hence jailbreaking was being prevented. Also, the previous bugs such as:

1. CVE-2016-4655: Information leak in Kernel – A kernel base mapping vulnerability that leaks information to the attacker allowing them to calculate the kernel’s location in memory. [5]

3. CVE-2016-4657: Memory corruption in the Webkit – A vulnerability in the Safari WebKit that allows the attacker to compromise the device when the user clicks on a link.[7]

Chrysaor was a spyware that was mainly targeted at users using android version 4.3 Jelly Bean or earlier.

3.4. Effects of Pegasus And Chrysaor

Pegasus and Chrysaor are spyware which are responsible for “spying” on victim’s activity. This spyware also is responsible for stealing data from the victim. All this data can easily allow the attacker to easily clone the victim’s device.

3.5. Prevention from Pegasus And Chrysaor

In order to prevent Chrysaor from installing on your device, you should

Always verify the links that have been sent to you are secure to open.

Unknown links should not be clicked.

Do not use your primary devices to open an unknown link. Use a device which you only use to view files instead.

In order to prevent Pegasus from installing on your device, you should :-

Do not give your phone to others.

While crossing borders make sure that your phone is switched off so that your device isn’t compromised.

Turn off push SMS on your device.

Avoid jailbreaking your iPhone in order to prevent unwanted and unsigned software applications to be downloaded on your device.

Always install the latest security patches on your device.

WiFi and Bluetooth should be switched off when not in use.[8]

Back up your data on a regular basis.

Read terms and conditions of an application carefully before accepting them.

According to Lockheed Martin Kill Chain, any cyber-attack could be broken down into 7 main stages/phases. If an individual is able to remove any of the seven stages of this Kill chain then he/she keeps his/her device out of danger.

In this case, both Pegasus and Chrysaor can be broken down in these seven stages/phases. These were the steps taken by the attacker, in this case NSO Group in Israel to attack various countries making this cyber-attack one of the most sophisticated attacks of all time(Fig 2).