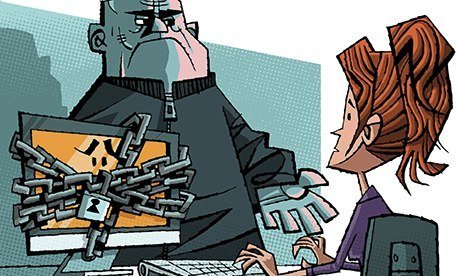 The City Hall of Del Rio, a city in and the county seat of Val Verde County, Texas, was hit by a ransomware attack, operations were suspended.

Last week, the City Hall of Del Rio, a city in and the county seat of Val Verde County, Texas, was hit by a ransomware attack. On Thursday, tens of computers at the City Hall of Del Rio were infected, in response to the incident, the City’s M.I.S. (Management Information Services) Department disconnected them from the Internet and shut down the machines.

“The first step in addressing the issue, was for the City’s M.I.S. (Management Information Services) Department to isolate the ransomware which necessitated turning off the internet connection for all city departments and not allowing employees to log into the system. Due to this, transactions at City Hall are being done manually with paper.”

The attack was detected during the morning of January 10, Victoria Vargas Public Relations Manager for Del Rio’s City Hall told BleepingComputer that the ransom note contained a phone number to be used to contact the attackers and receive instructions to pay the ransom.
This is uncommon, usually ransomware operators provide victims an email address to contact to receive the instructions for the payment.

“The city’s Management Information Services Department isolated the ransomware by turning off the Internet for all city departments, not allowing employees to log in.”

Another anomaly related to the ransom note is that it doesn’t include information regarding the amount of money to pay to get the file decrypted.

At the time is still unclear which family of ransomware has infected the systems at the City Hall of Del Rio.

The personnel were forced to do all their tasks manually using paper, any access to documents stored City Hall’s computers was interdicted.

Del Rio City reported the cyber attack to the federal authorities, FBI passed the investigation to the U.S. Secret Service but it is still unknow the reason.

The City asked the public to be patient waiting for the complete restoration of all operations.

“The second step the City took was to go to the FBI to report the ransomware, after which the City was referred to the Secret Service. “

“The City is diligently working on finding the best solution to resolve this situation and restore the system. We ask the public to be patient with us as we may be slower in processing requests at this time.

It is uncertain whether anyone’s personal data has been compromised. This is uncertain as to both employee data and customer.” concludes the press release.